By Massart photography, a family, newborn and wedding portrait studio in RI, CT and MA 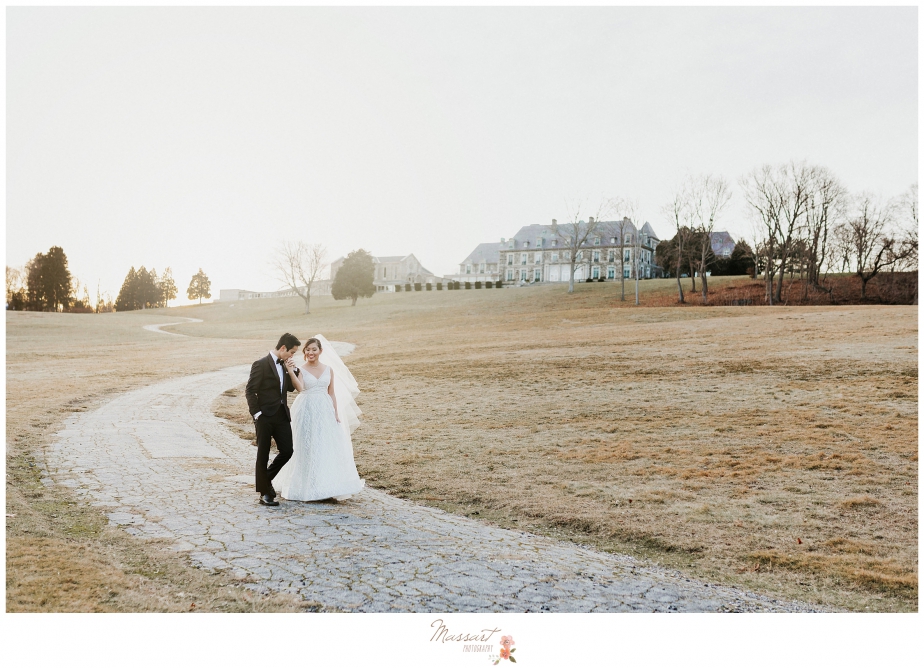 For those of you who aren’t local, you may not know that Aldrich Mansion is where the movie Meet Joe Black was filmed! 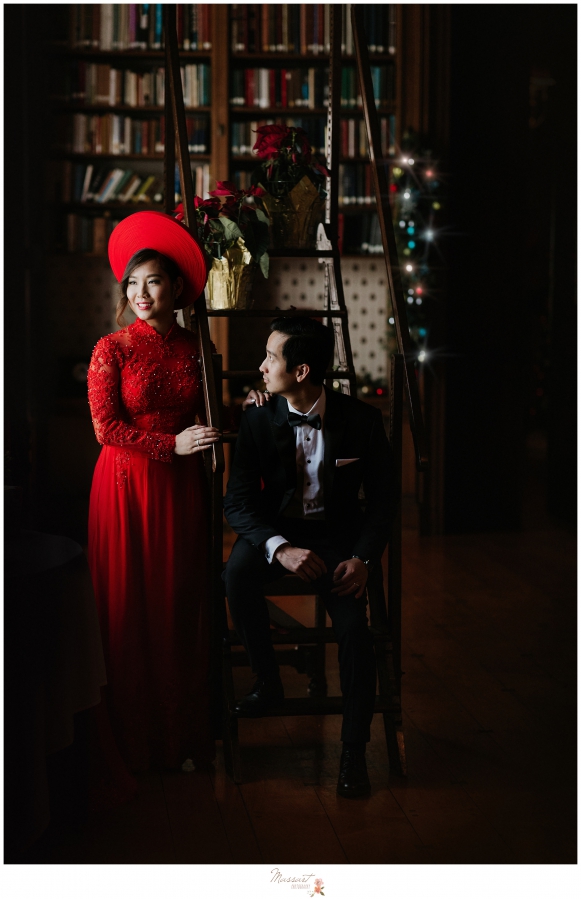 A window-lit portrait in the beautiful library of Aldrich Mansion! Confession, I totally want to climb that ladder in a yellow ball gown 😂

The day of their wedding at Aldrich Mansion, the two had a traditional Vietnamese wedding ceremony in Massachusetts in the morning

As soon as they arrived at Aldrich Mansion, they were ready to get their incredibly elegant day started. Aldrich Manor has a stunning chapel on the grounds, which is where their (second) wedding ceremony took place. During the ceremony, they had St. Bernadette’s Choir perform songs in both English and Vietnamese, which just added an extra layer of excitement to the day. Following the ceremony, cocktail hour began

Anh-Thu and Danh performed their first dance outside the mansion with the bay in the background. It was so emotional and romantic! Thank you, setting sun! Before we knew it, their sweet guests were giving super heartfelt speeches and we were all holding back tears. It’s clear how much these two are loved. The rest of the night was full of partying and dancing – and everyone had a blast! Perhaps the best part of the reception was the incredible dessert display provided by Aldrich Mansion – cakes, pies, even Bananas Foster! The dessert display was the perfect way to end an incredible day. We can’t wait to see Anh-Thu and Danh for their Encore Session after Christmas and wish them the best in the world! 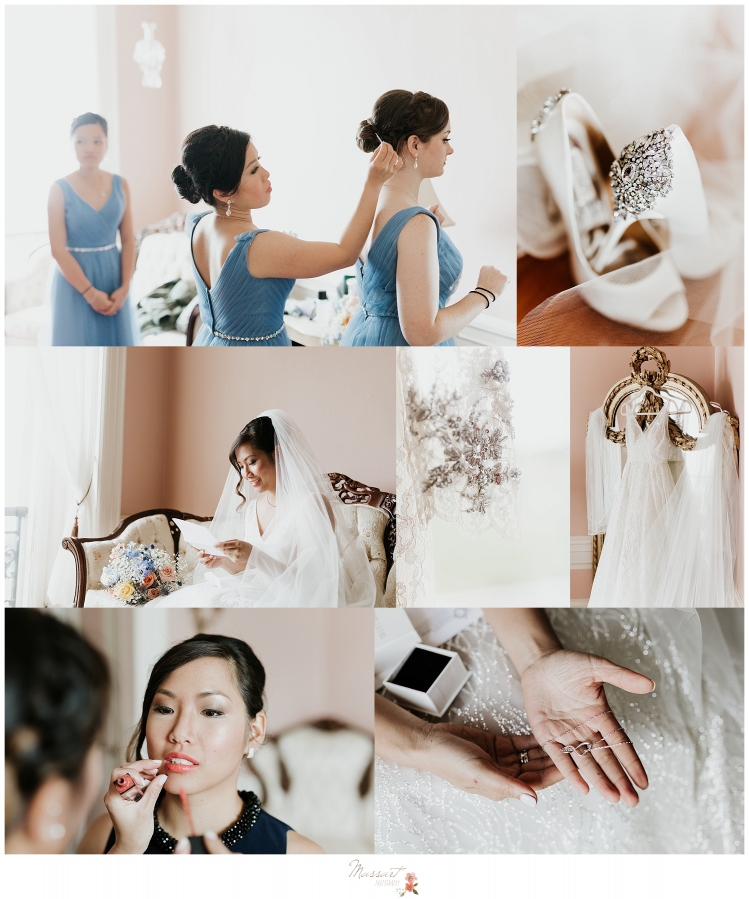