Wedding and Family Photographers in RI; A V-DAY LOVE STORY 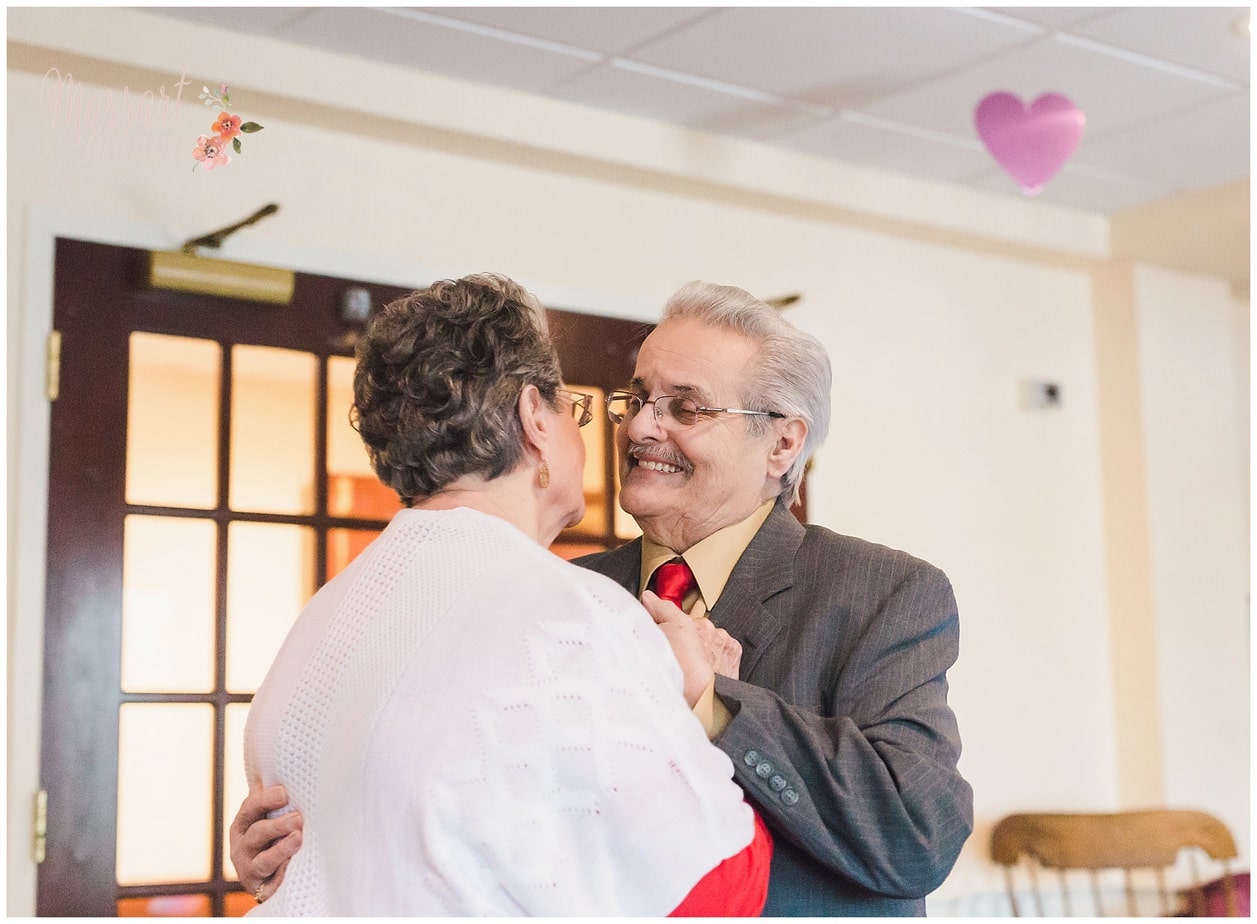 I really wanted to do this justice and writing’s really not my thing so I asked Tara to write it for me but I’ll just give a little bit of background information. You might remember her from her blog post which was shared on our page a little while back. If you haven’t read it and want to spread awareness on fertility issues and miscarriages, you might want to head there but grab some tissues…  (Tara’s Blog)

It all started over a couple glasses of wine on a Friday night when she, nonchalantly, told me her plans to create special dates for couples in the memory care unit at St. Elizabeth’s where she is the activities coordinator. With tears in her eyes, she went on to tell me all of the details of her plans, which you will read in her blurb, and how these couples deserve to have real, alone dates. I looked at her and told her there was no way I was not going to come capture this; due to her nature, I had to keep insisting relentlessly and tell her that I really didn’t mind, in fact I WANTED to do this. She is so thick headed sometimes 🙂

Despite all of my insisting, I know she still felt like she was imposing so yesterday, she sends me this casual text around 2pm and says “Date is at 5 but NO pressure”. Shaking my head at her, we packed the bags and off we went. What I witnessed yesterday is something that will stay with me for the rest of my life… Roger and Terri are such an inspiration and they have taught me so much in the short time that I was in their presence. With everything going on in the world, I think we all deserve to hear and see their story straight from Tara’s mouth…

“Everyone at St. Elizabeth’s knows Terri and Roger and you will no doubt hear an “awww” when they are mentioned, as people think of the different times they have seen them together, always looking desperately in love.
I started working on St. E’s Memory Care unit in late December and will never forget meeting Roger for the fist time…I saw a couple sitting together alone at a table holding hands, whispering to each other, giggling and stealing kisses… I thought “this must be the Terri and Roger I keep hearing about”. I wasn’t sure what to do, I was new so I wanted to introduce myself but did not want to interrupt this lovely moment. Luckily Roger took care of it… he welcomed me, grabbed my arm, introduced me to Terri and told me their love story, about how they met at a carnival when they were 13, how Terri had wanted to become a nun but he (the devil as he referred to himself with a smirk) had stopped her before she had taken her final vows because he had fallen in love. He spoke of their life together, how they had raised a wonderful family, how blessed he felt to have her in his life, and how even now how lucky he feels, that though Terri can no longer live at home, she always remembers who he is and how in love they are. He spoke of their six children individually and how amazing they each are, how they take Terri home for holidays and it is as if nothing has changed.  After we talked for a while, he hugged me and said “welcome to the family.” Terri said the same with a bright smile and quick laugh and they went back to holding hands and giggling together.
Well, the time came to make the February activities calendar and that means Valentine’s Day!  Normally we would do a group social, but ours is a unique unit, we have 4 Residents who are married and their spouses all come to visit so often (some daily) that they are part of our St. E’s family. We came up with a plan for four individual dates. Everyone was so happy to help, nursing, food service, IT, activities, family members… we all became detectives to find out what their song was, what food was served at their wedding, what movie they saw on their first date, anything we might be able to use for these special nights…. for Terry and Roger we planned a romantic dinner for 2 with candles, rose petals, champagne and set up a private showing of their first date movie “From here to Eternity” on the projector screen.
I called Roger to confirm his date night with Terri.  He answered the phone breathless and went on to tell me how excited he was to have this special dinner alone with his wife. He had purchased a new outfit for her with shoes and jewelry to match (I couldn’t help but think how many husbands would do this for their wife?). He planned to drop her outfit off and go back home himself to get ready and put on his suit (newly purchased for the occasion ). He asked if we could help curl her hair so she would feel beautiful…I stifled my tears and said not to worry, we would take care of “his girl”, he then sent my tears over the edge with an “I just love her so much”
A few hours later, their daughter came in to help Terri with her makeup (they truly have raised a wonderful family). A staff member who had worked all day happily volunteered to come back on her time off to help Terri get dressed. She looked gorgeous and when Roger showed up looking handsome in his suit, holding a bouquet of roses, their faces lit up and they embraced one another.  He was so proud of his beautiful wife that he escorted her around the unit to show her off to staff and Residents.
While preparing the food and drinks, we left them alone in the candlelit room with the music on (a CD Roger had brought in to play their song “If”). When we came back to serve their dinner, we stopped outside the door as we saw them embraced, Terri’s head on Roger’s shoulder, dancing to their song. They danced for so long that we had to hold off on the food!
It is truly amazing to see the love these two have for each other. After 60 years together their faces still light up when one walks in the room, they run to each other with an embrace, dance together, gaze at each other like no one else is in the room, hold hands and laugh and play. In the only 2 months I have known them, they have taught me so much about life, family and love. They are a true example of love conquering all.”

As you can see, humble as she always is, Tara can’t take credit for anything 🙂 I’m pretty sure this was completely all her idea and she went as far as having menus printed with their photo on it and a special message that left Roger and Terri visibly moved. Roger asked me who wrote this and when I whispered “Tara did” he questioned her but of course she blushed and said “Well I wrote it but it’s from all of us”. The reason I tell you this is because I believe this story should honor Roger and Terri’s love but also Tara’s dedication to her job, the kind of dedication that you don’t often see. I swear she is an elderly woman trapped in a thirty-something body (I mean 29!) and this job is her true calling. I am someone who lives and breathes her job and I’m so thrilled to see the same flame in her eyes.

Here is Roger with the roses he brought Terri. “Always roses for her” is what he told me.

Terri isn’t smiling for the photo here, this is what she was like, the entire time 🙂

I asked Roger is there was anything special in the room that he would like to have me photograph; his answer was “Anything related to her is special.” I mean really??? <3 He also told me about her passion for skating and how her only stronger love was being a mother. He went on to tell me “She was always so beautiful, she was beautiful pregnant and she was beautiful walking out of the hospital”

They remind me of the look couples have when walking down the aisle at the end of their wedding ceremonies.

On the other side of the room was a projector set up to play their favorite movie; Tara was quite upset that she couldn’t find them throw pillows!

In closing, we asked Tara’s husband, Louis, to say a few words about her and he obviously had nothing but a glowing description of what makes her so special. Here are his words…

“Just do what you love; such a simple, obvious thing. However, how many of us actually love what we do for a living and daydream about it when we are at home? How many of us wake up every morning genuinely excited about the day ahead of us? To find such a thing would make you one of the luckiest people in the world. If you believe that, Tara Chabot is one of the lucky ones. She began working in nursing home activities more than ten years ago in college as an assistant to make some extra money. What she did not realize at the time was that this seemingly inconsequential decision would put her on a path which would shape her life forever.

She loved the work instantly and though only making entry level wages in an entry level position, would spend countless hours of her own time thinking of the residents and how to bring joy and happiness to their lives. One holiday she even bought cards for every resident and wrote beautiful, personalized messages bringing some to tears. Whether it is her genuine love for the residents or the fact that she is an old soul- she DVR’s The Lawrence Welk Show and her Pandora station of choice is Patsy Cline- her ability to connect and empathize is awe inspiring. To her the Residents are not in a nursing home, they are in their home, deserving of all the respect and dignity you would give your own parents and grandparents.

This philosophy could not have been more obvious than the week of Valentine’s Day this year. Imagine the love of your life, the person you had spent nearly every day with for the past 60 years since you were 12 years old, the person who you love in a way beyond words- your everything, had Alzheimer’s. What would you give to rewind time and experience a night filled with 60 years of memories?  Tara and the entire amazing team at St. Elizabeth’s were able to do just that. Through providing a romantic night teeming with the sounds, images and memories inspired by a lifetime of love, they were able to do the impossible- rewind time.”

I have a feeling that in another 45 years, if blogs are still a thing, someone will be writing a similar one about Louis and Tara 😉 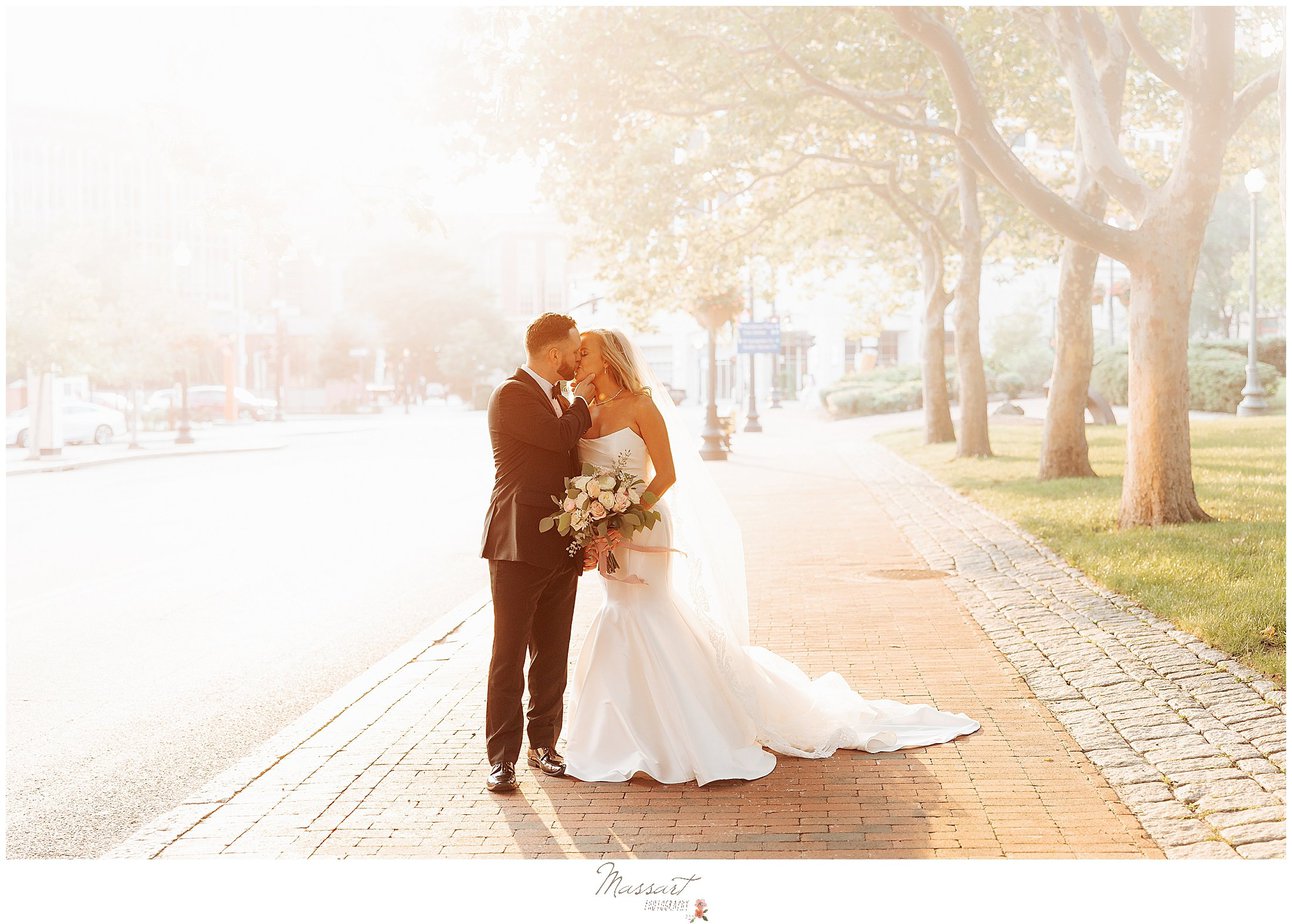 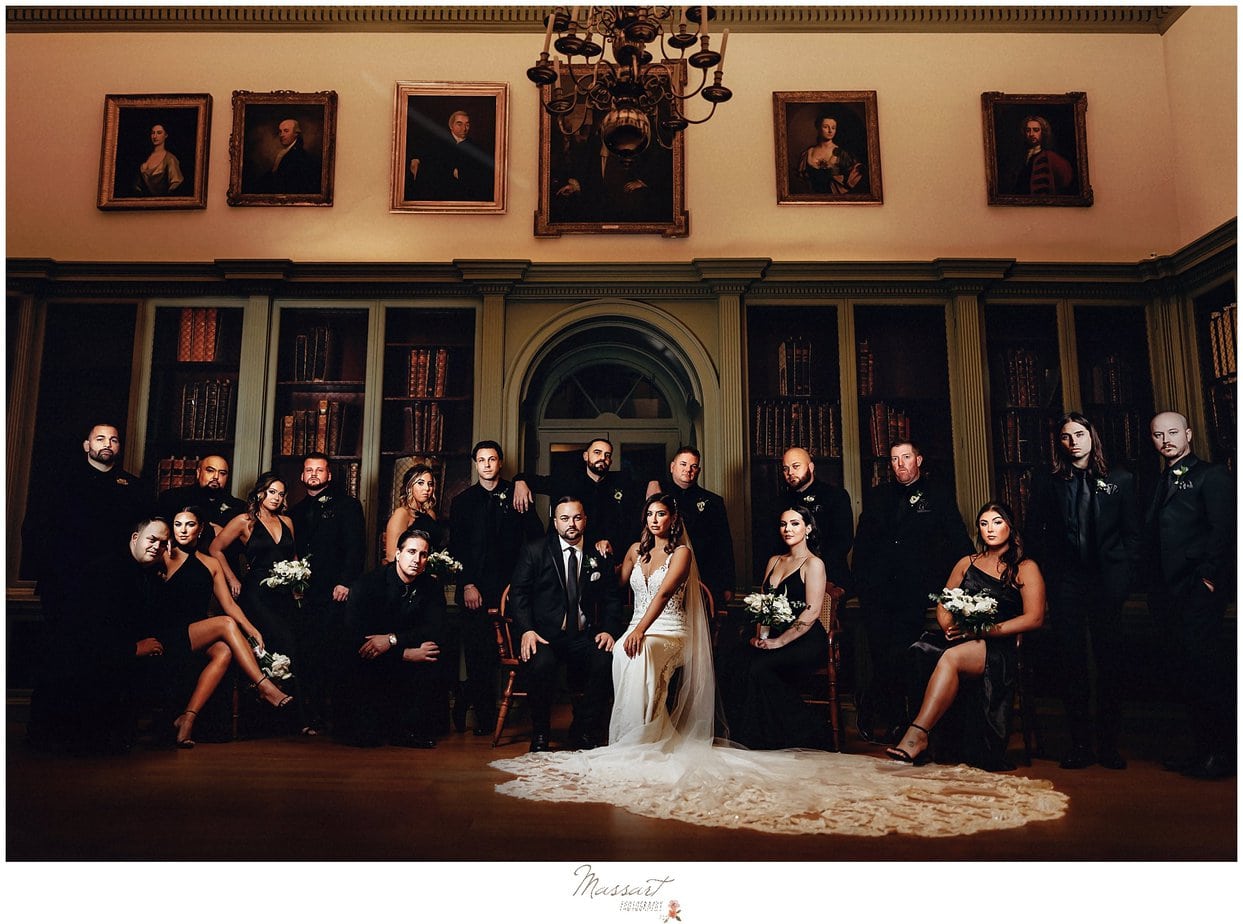 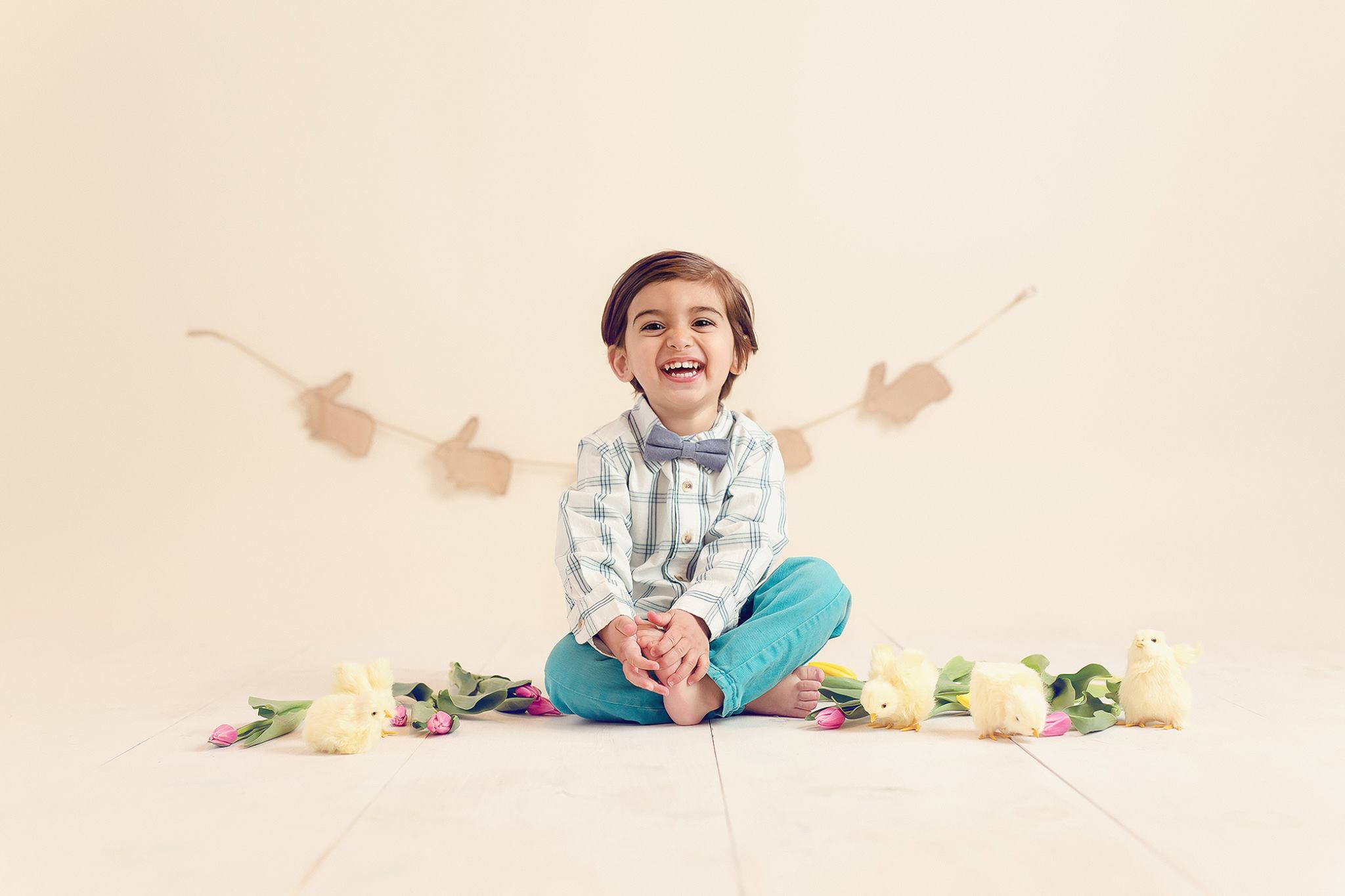 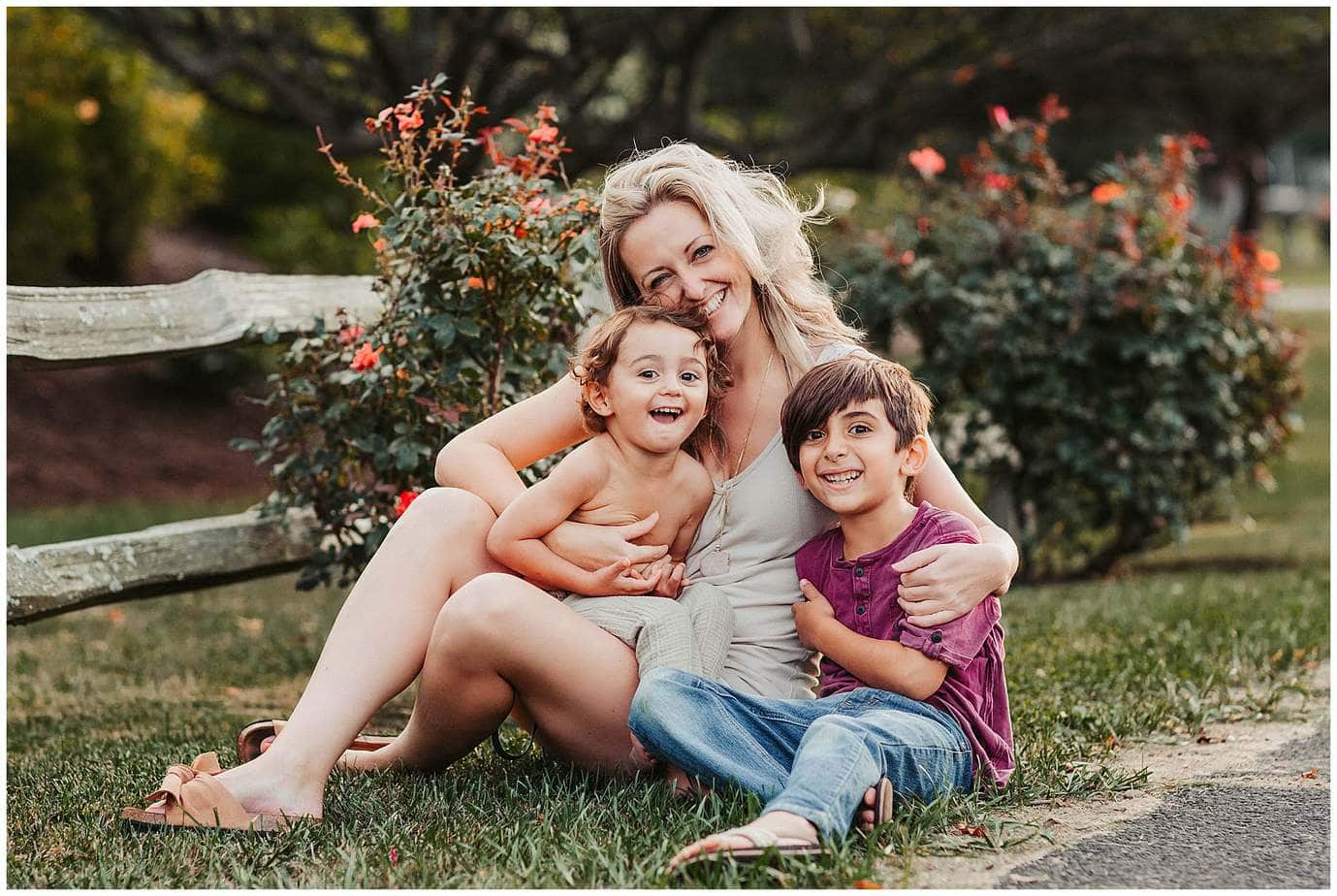 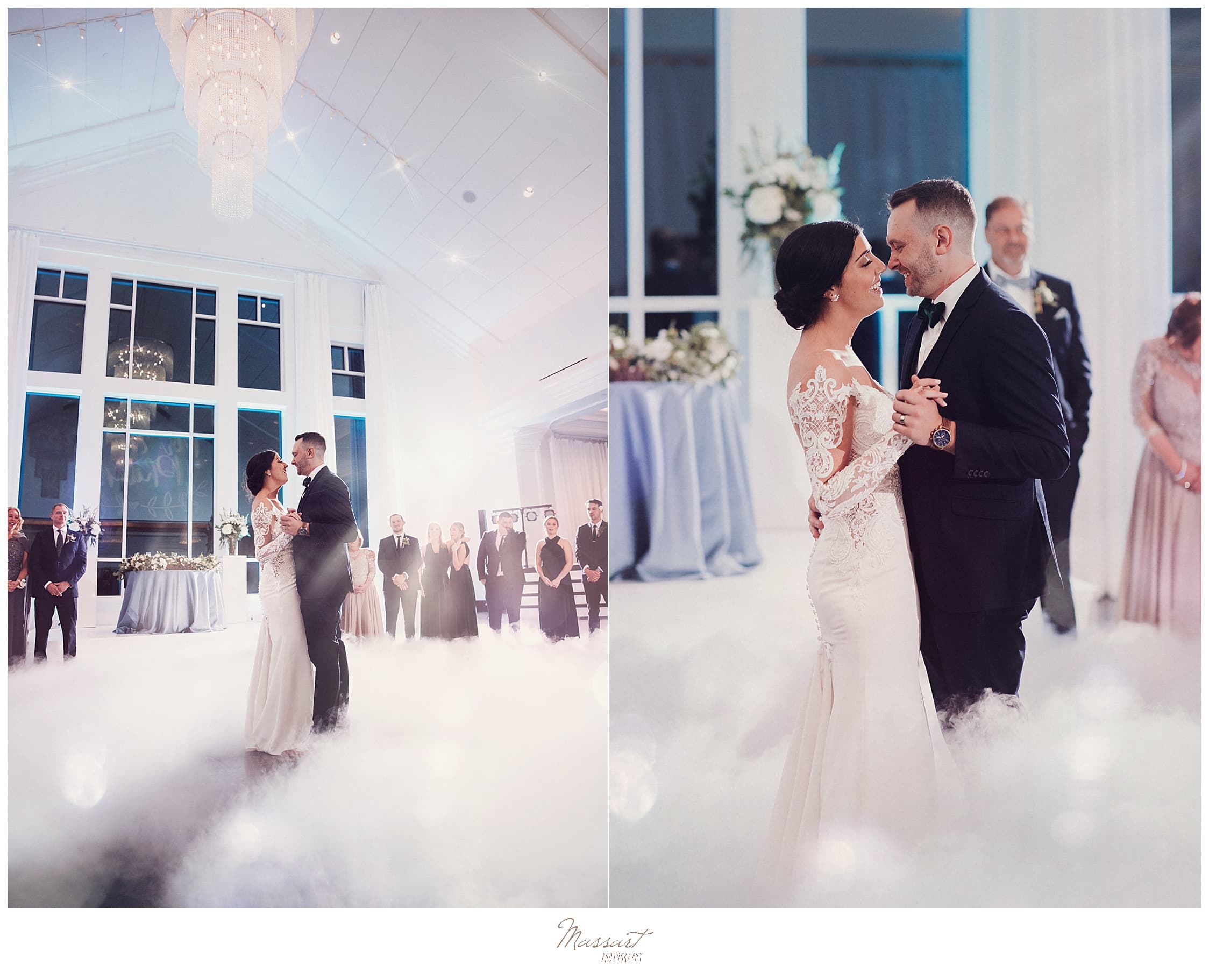